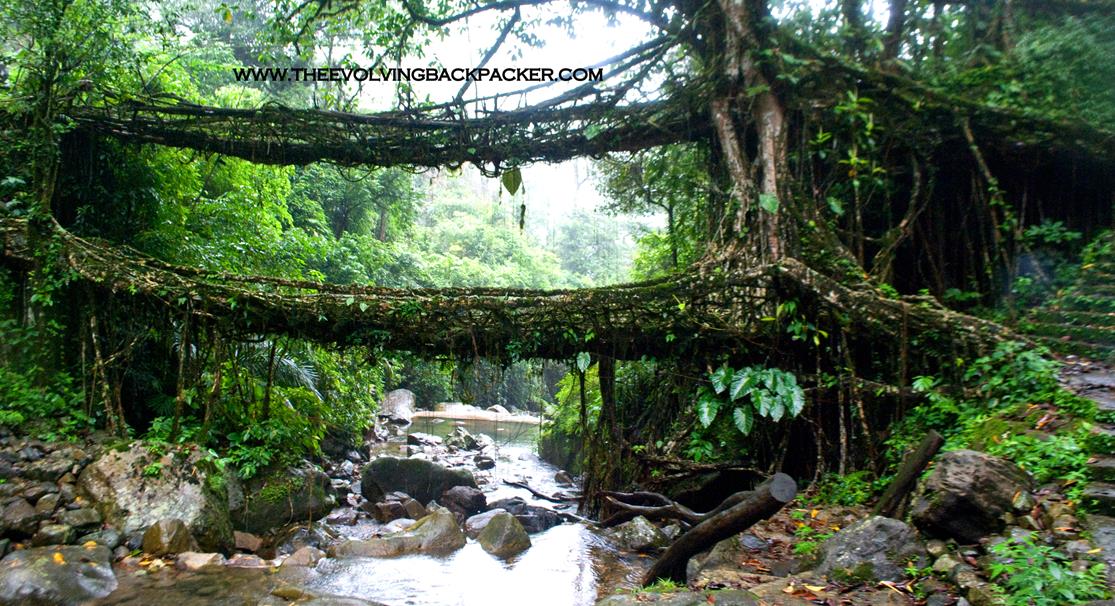 WHAT : Living Root Bridges WHERE : Nongriat, Meghalaya, INDIA The OMG Factor!!! Bridges that live and breathe..and are strong enough to hold the weight of an elephant!!!   (Excerpt from : WWW.ATLASOBSCURA.COM) In the depths of northeastern India, in one of the wettest places on earth some bridges aren’t created—they’re grown. On the slopes of southern […]

Bridges that live and breathe..and are strong enough to hold the weight of an elephant!!! 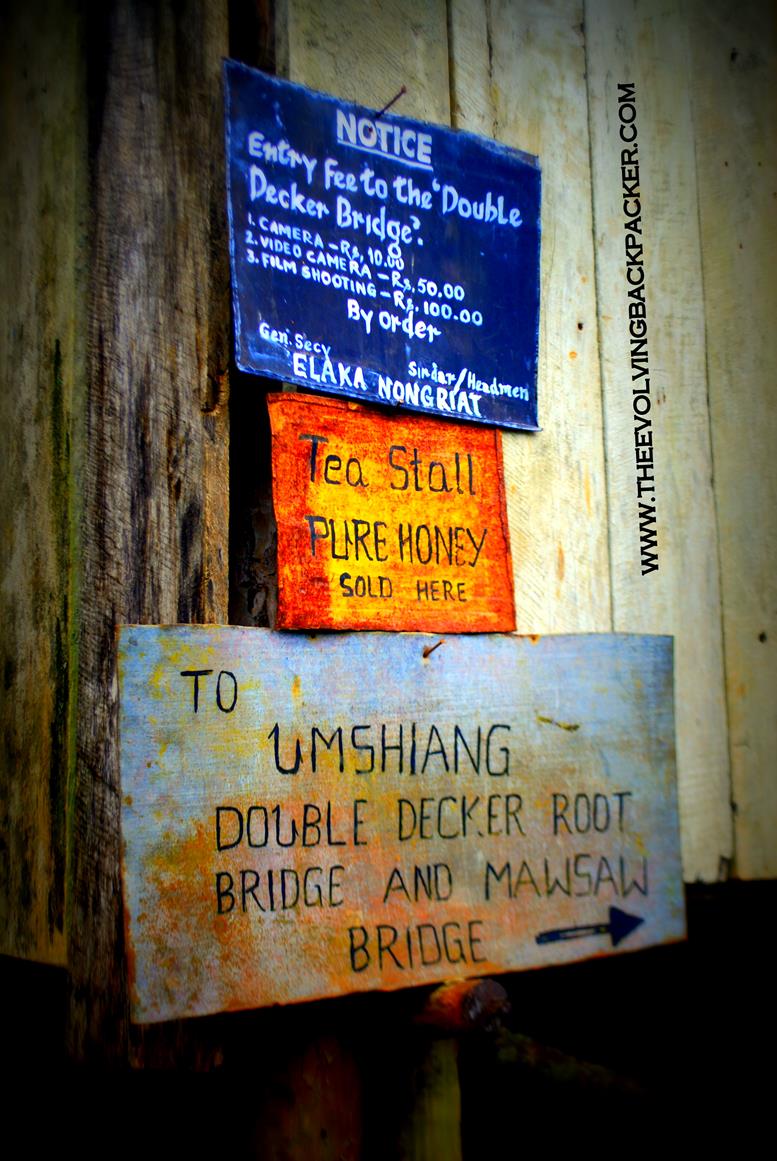 In the depths of northeastern India, in one of the wettest places on earth some bridges aren’t created—they’re grown.

On the slopes of southern Khasi and Jaintia hills hills, a species of Indian rubber tree with an incredibly strong root system thrives and flourishes.

The Ficus elastica produces a series of secondary roots from higher up its trunk and can comfortably perch atop huge boulders along the riverbanks, or even in the middle of the rivers themselves.

The War-Khasis, a tribe in Meghalaya, long ago noticed this tree and saw in its powerful roots an opportunity to easily cross the area’s many rivers. Now, whenever and wherever the need arises, they simply grow their bridges. 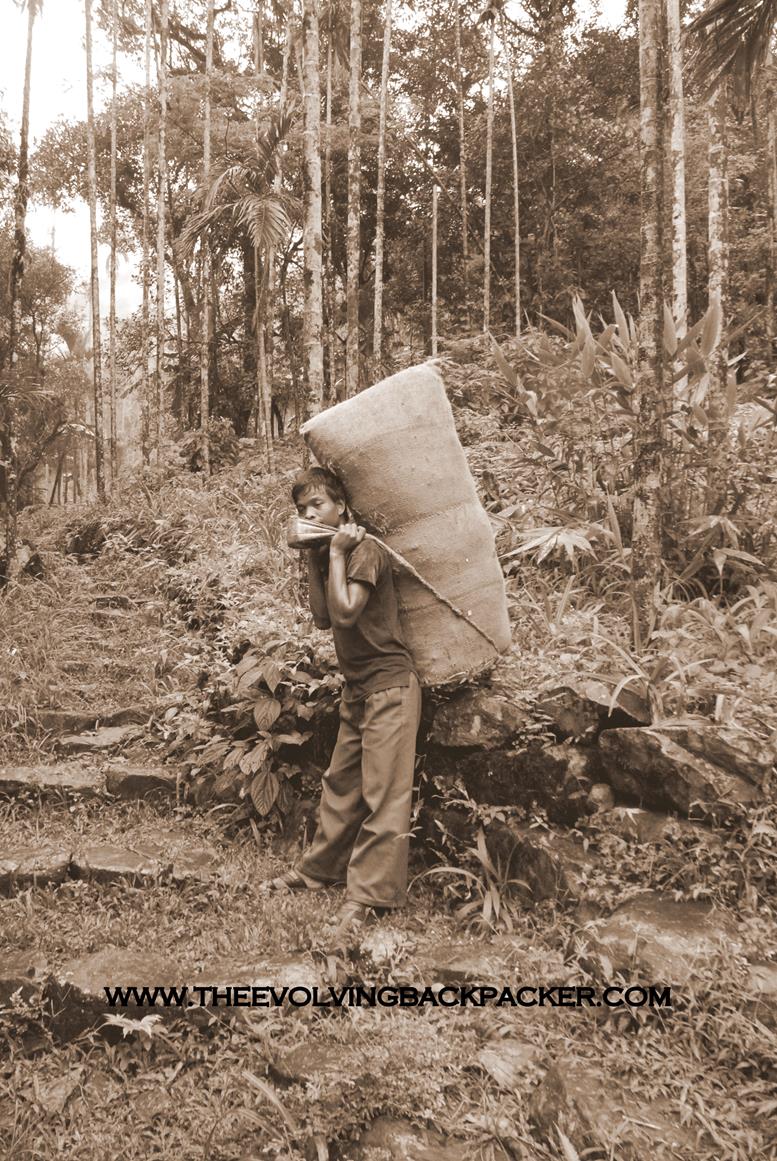 In order to make a rubber tree’s roots grow in the right direction—say, over a river—the Khasis use betel nut trunks, sliced down the middle and hollowed out, to create root-guidance systems. The thin, tender roots of the rubber tree, prevented from fanning out by the betel nut trunks, grow straight out. When they reach the other side of the river, they’re allowed to take root in the soil. Given enough time, a sturdy, living bridge is produced.
The root bridges, some of which are over a hundred feet long, take ten to fifteen years to become fully functional, but they’re extraordinarily strong—strong enough that some of them can support the weight of fifty or more people at a time. 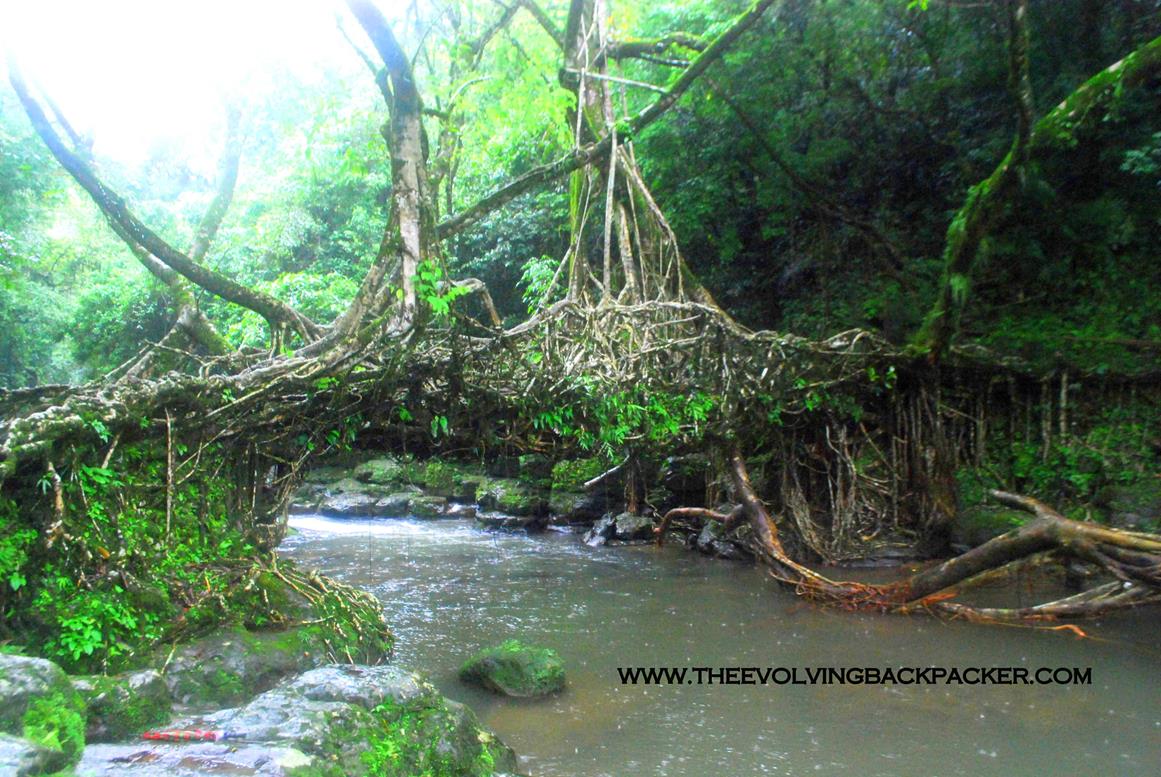 In fact, because they are alive and still growing, the bridges actually gain strength over time—and some of the ancient root bridges used daily by the people of the villages around Cherrapunji may be well over 500 years old.

One special root bridge, believed to be the only one of its kind in the world, is actually two bridges stacked one over the other and has come to be known as the “Umshiang Double-Decker Root Bridge.” 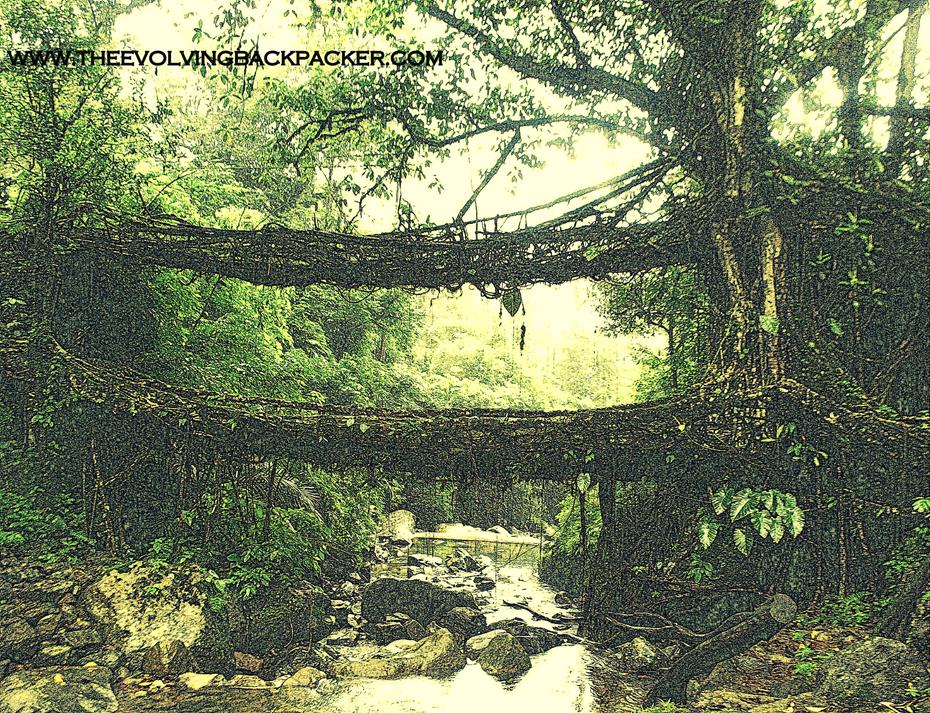 A new root bridge is currently being grown and should be ready for use within a decade.

TIPS AND PRACTICALITIES (My Experience):

We had booked a cab to the village of Tyrna, 14 kms away. This is the point where you also pick up a local guide to take you to the living root bridges. The cab driver, a good friend of our resort owners, was instructed to bargain for us and get a good guide. This was very much required, as even with him talking to the villagers in the local language was initially told that a guide would cost Rs.1,000/-. Somehow we managed to convince one of the guys, who did not know any English or Hindi, to take us there for Rs. 300/-. From Tyrna, it is another kilometer down towards the starting off point to Nongriat double decker living root bridge. 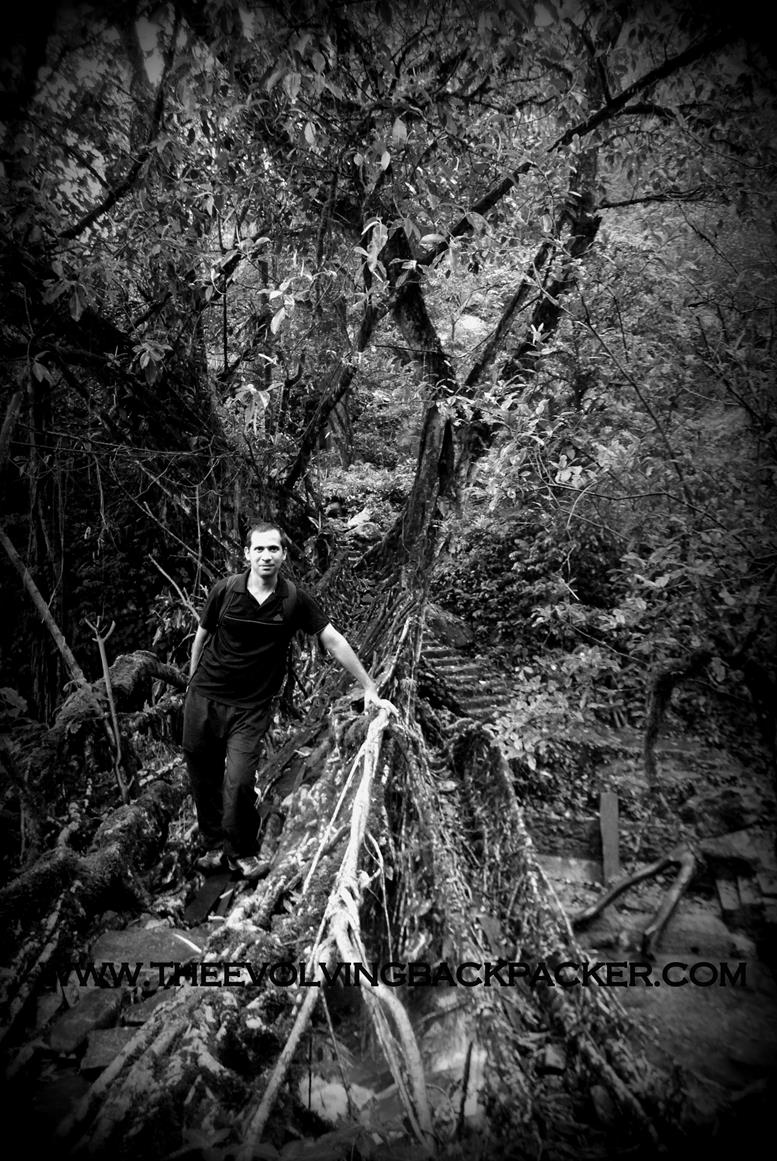 The trek is just 3 Kms, However it is, for the most part, a series of concrete steps going on and on. You basically have to get down to the valley cross three wire-rope bridges and climb up concrete steps again on the other side. In the rains, which is nearly all the time, these tend to get slippery and the steepness of the climb is a bit grueling. However getting a glimpse of the living root bridges is really worth the effort. 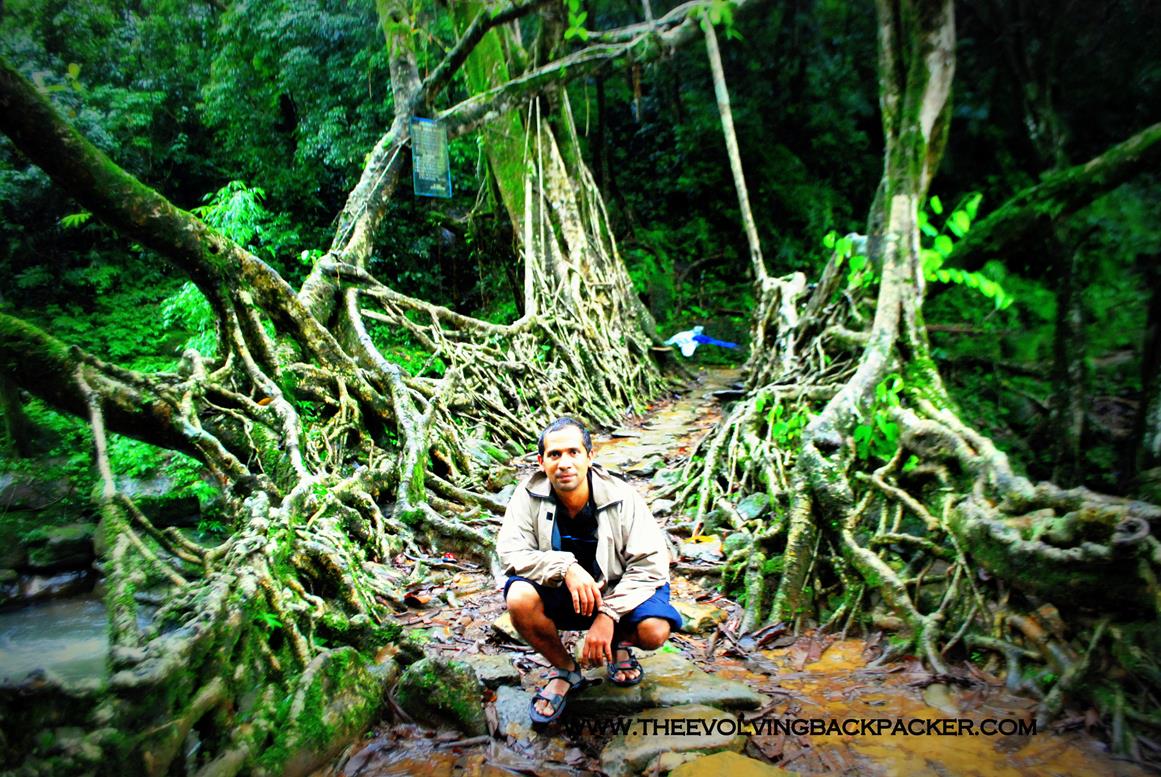 People who brave this trek are rewarded with two root bridges, one of them, the world-famous double-decker at Nongriat. Crafted by hands of the local Khasi tribals over centuries, intertwining and weaving together the aerial roots of the banyan tree, these bridges one atop the other (59 feet and 83 feet) link the other side of the stream filled gorge and are strong enough to support a small car, if one ever got there that is! In a way I am glad that this place is not so easily accessible, as it keeps foot count of tourists down and helps maintain the sanctity of the place. 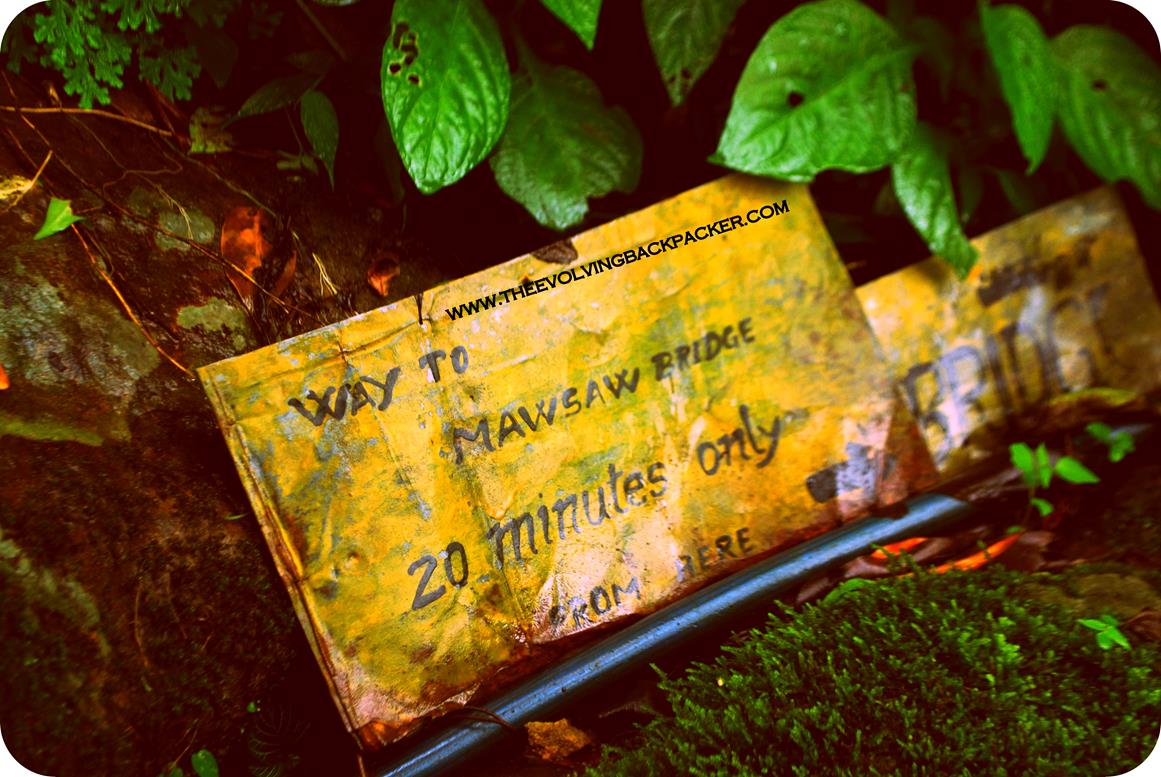