OMG – A Rolls Royce Phantom fit for the Nizam! 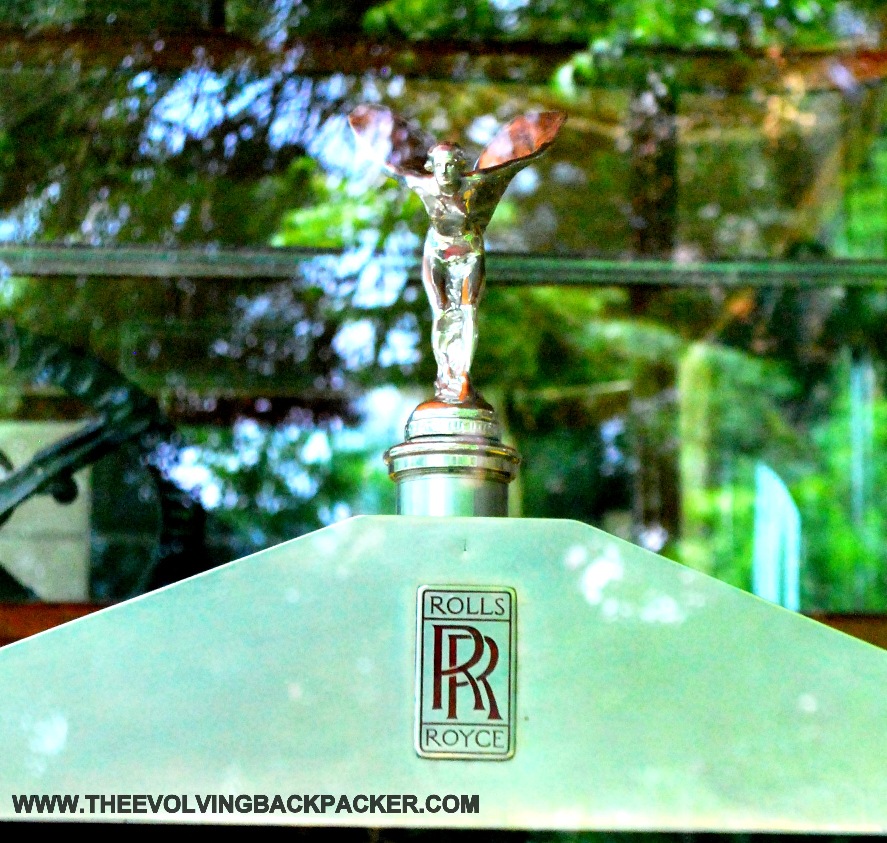 WHAT : A 1911 Rolls Royce Silver Ghost car owned by the Nizam of Hyderabad WHERE :Chowmahalla Palace – HYDERABAD, INDIA The OMG Factor!!! A custom built Rolls Royce Phantom built nearly a century ago which has run only 356 Kms ever since!! The car is a 1912 make with chassis number 2117, a 40/50 horse power […]

WHAT : A 1911 Rolls Royce Silver Ghost car owned by the Nizam of Hyderabad 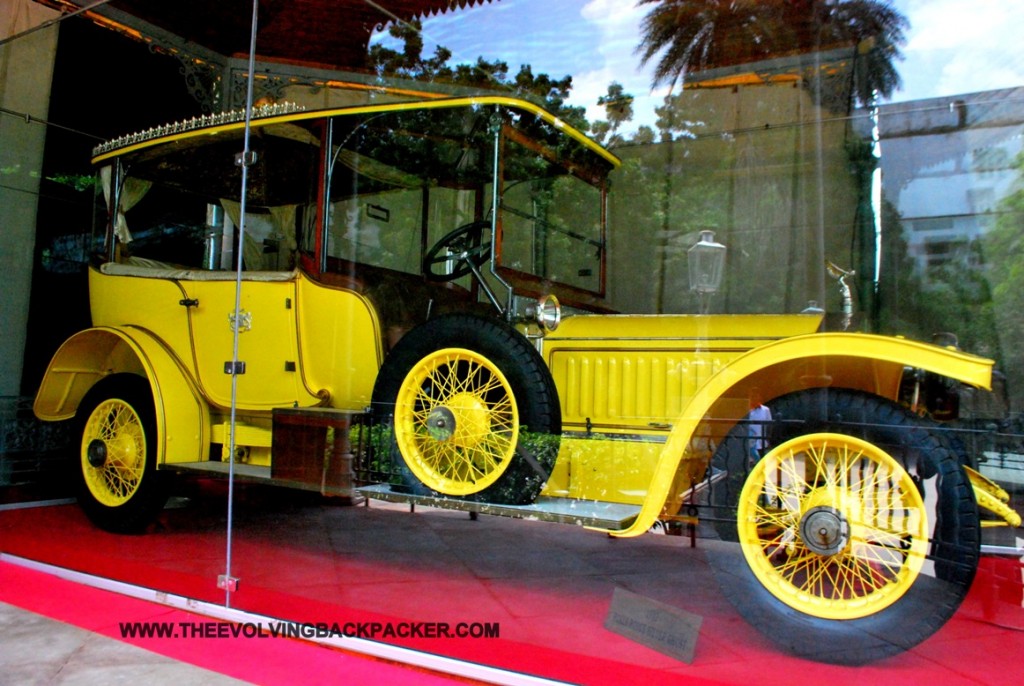 A custom built Rolls Royce Phantom built nearly a century ago which has run only 356 Kms ever since!!

The car is a 1912 make with chassis number 2117, a 40/50 horse power engine capacity and gives a mileage of eight miles per gallon.
The order was placed with noted coachbuilder Barkers of Edinburgh, who were asked to develop a special body which was to epitomise a throne on wheels while retaining the regal splendour of the Nizam’s grand court.
‘However, before its completion, Mehboob Ali Khan passed away in 1911. It was delivered in 1912 to the VII Nizam, who used it only for ceremonial occasions.

JAW DROPPING FACT 1: During his days as Nizam, Osman Ali Khan, Asaf Jah VII was reputed to be the richest man in the world, having a fortune estimated at US$2 billion in the early 1940s ($33.7 billion today) or 2 per cent of the US economy then!!
JAW DROPPING FACT 2: Hyderabad State in British India was the only supplier of diamonds for the global market in the 19th century!!
JAW DROPPING FACT 3: Mir Osman Ali Khan Bahadur sure had a good thing going. He had 7 wives, 42 concubines, 34 children and 104 grandchildren!! 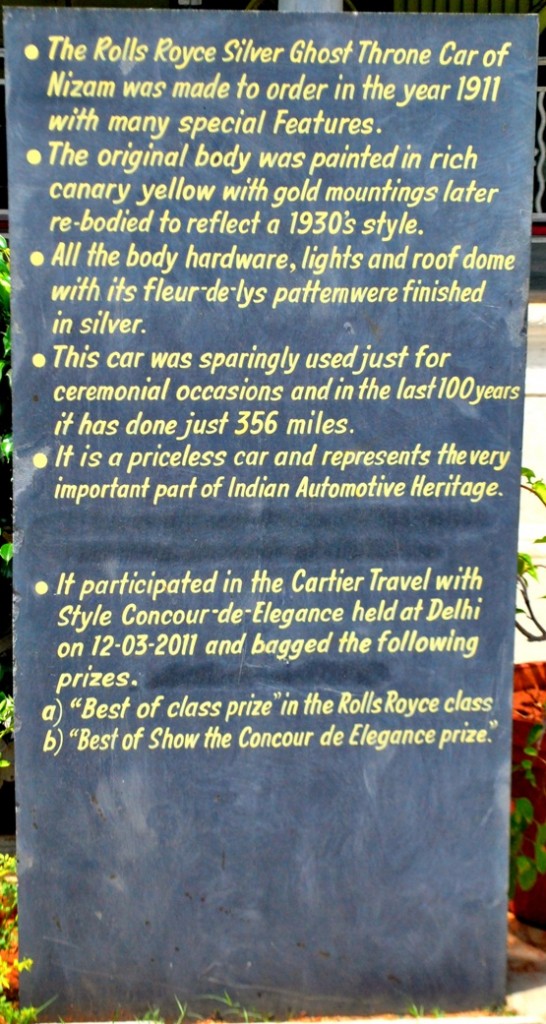 The Rolls Royce participated in the Cartier Travel with Style Concour-de-Elegance held at Delhi in 2011 and won “Best of Class” in the Rolls Royce category as well as “Best of Show the Concour de Elegance”.

The car among other vintage cars and motorbikes are located in the south courtyard of the Royal Nizam’s palace, also known as Chowmahalla Palace

Chowmahalla Palace is located in the Old Hyderabad City so there are lots of options to get here.

The most affordable way is to take a bus from Abids or another area of Hyderabad to the Old City. There are several buses that leave regularly from the main bus station in the Abids area.

Alternatively, you can hop into an auto rickshaw or taxi with a meter which can drop you right in front of Chowmahalla Palace.

Chowmahalla Palace is open from 10 am to 5 pm, Saturday to Thursday; it is closed on Friday. 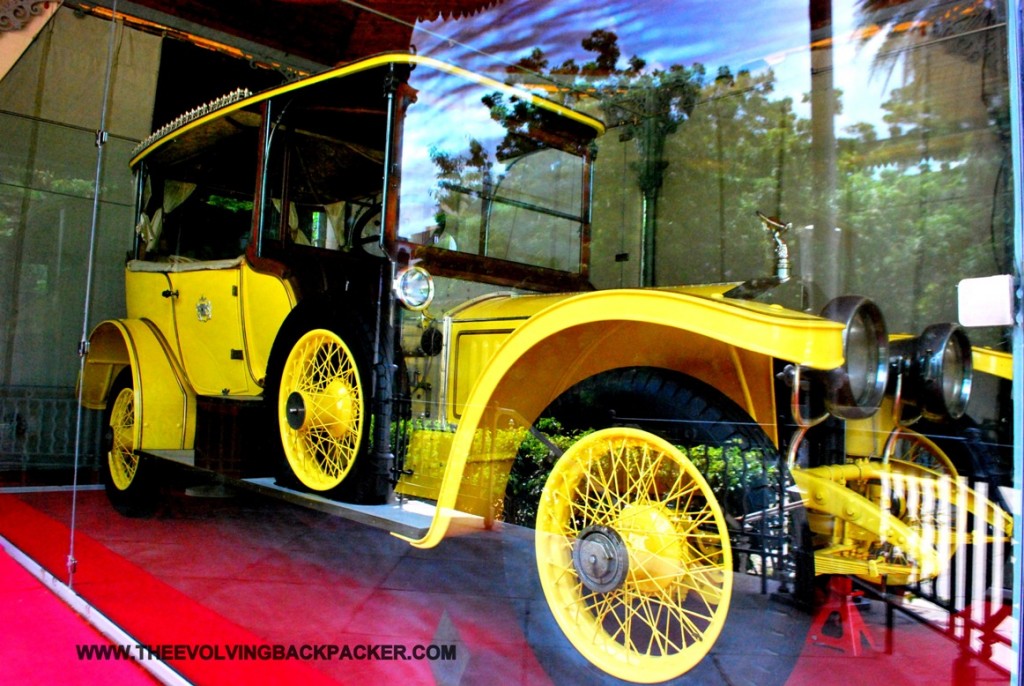 Ticket prices are Rs 30 for Indians and Rs 150 for foreigners. There are no extra fees for camera or video usage inside the palace.

Sailor, Adventurer, Thrill seeker, Vagabond. I am an avid traveler who seeks every opportunity to travel and evolve .