We are made of Star Stuff 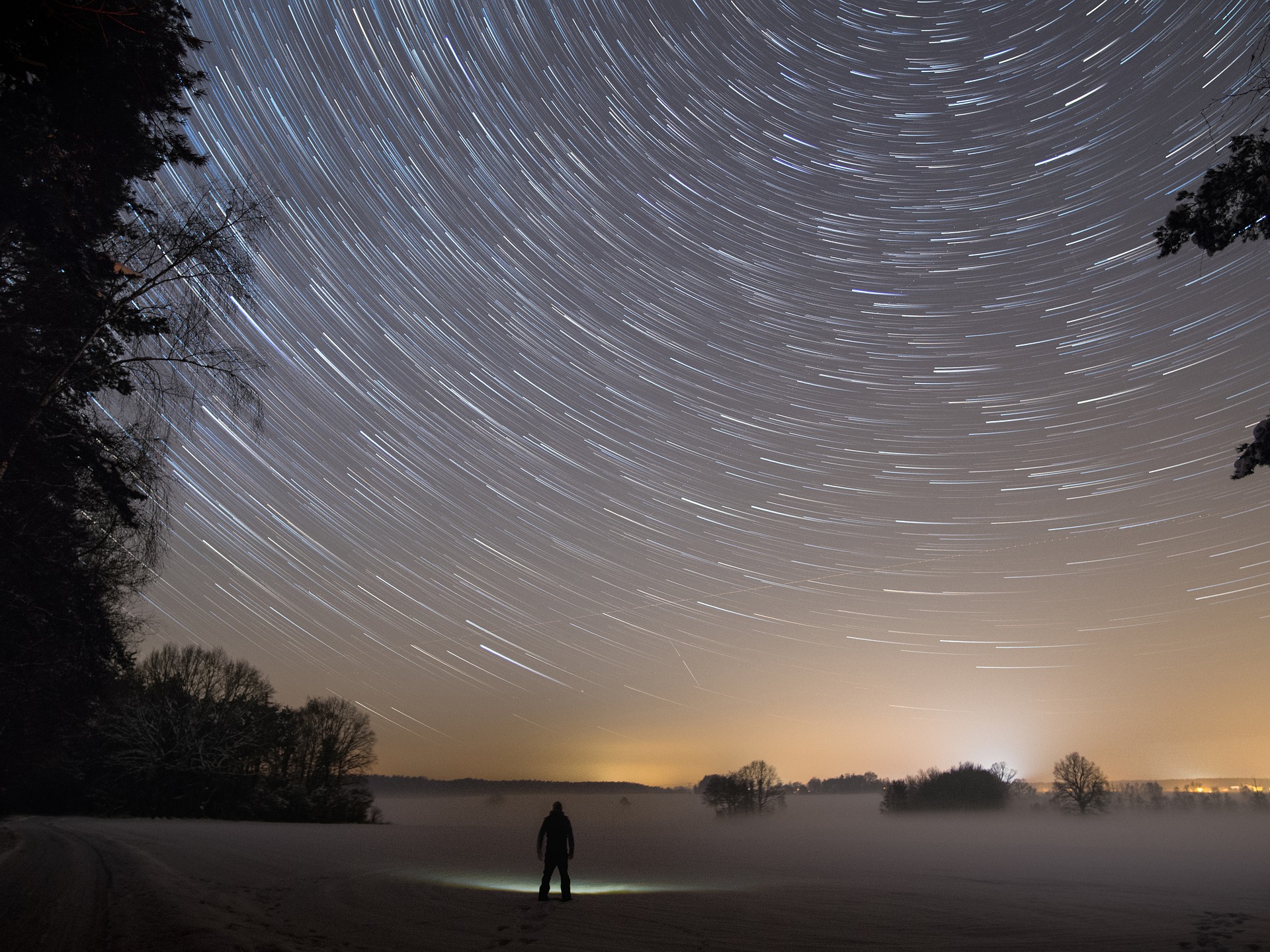 I chose to live in the Ether, to be starlight and legend….” ― Laurie Perez

We have taken Earth’s obliquity – the tilt in its axis around which it rotates, as a proven astronomical fact. The reason for the tilt is astounding – it is presumed that a space rock, the size of Mars collided with Earth about four billion years ago and the impact knocked the earth in the most dramatic fashion, causing the globe to spin around a tilted axis. What’s even more incredible to note is how this astronomical event affects us all in everything we do – from the various seasons that influence Mother Nature, to the length of days or nights in different parts of the world.

We have learnt of this ‘space accident’ in school and are reminded of it every living moment through nature.

Why then are we so sceptical about another astronomical fact – equally proven and backed by data, yet one which remains as a footnote in most people’s minds: that we are made up of the same twinkly material that all of the heavenly bodies are made of? 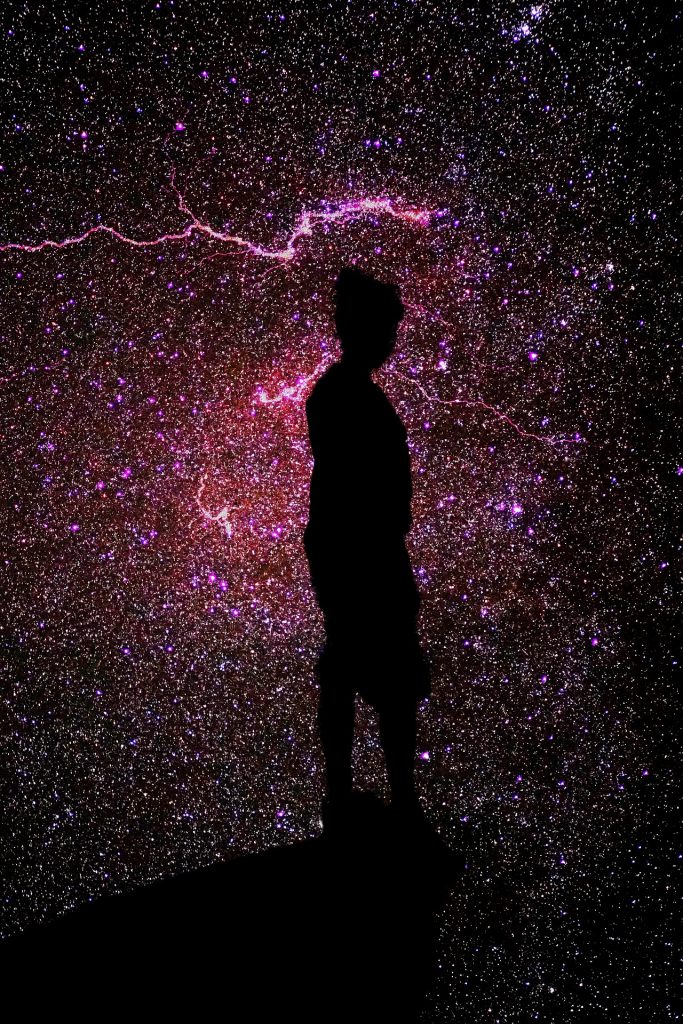 Sagan once famously said, “We’re made of star-stuff.”

His statement poetically sums up an irrefutable fact that the carbon, nitrogen and oxygen atoms in our bodies, as well as atoms of all other heavy elements, were created in previous generations of stars over 4.5 billion years ago – the same elements that form the building blocks of stars.

Isn’t that such a powerful and liberating feeling: knowing that the power of the sun and the stars reside in every pore of our body? Yet, most of us choose to despair in the darkness, to remain unimpressed with such a striking revelation; we sadly continue to live ordinary lives that lack shine or lustre.

Science, which is usually at odds with things that occur on a spiritual plane, in this instance, appears to validate an age-old spiritual thought. The existence of divinity that it aims to disprove on every occasion, is categorically accepted as a reality when we realise that we all belong to the singular cosmic source and are formed from the same pile of astral dust.

Whilst the origin of the cosmic dust or the force behind the supreme Creation will always be a matter of constant debate, it does not diminish the enormity of this fact.

The blade of grass, the birds in the skies, the farmer in the field, the diamonds in the mine, the towering Himalayas, the raging seas, the newborn child, the scorching sand of the Sahara- all contain a sprinkle of the very same fairy dust. All that we need to do is to believe…in the magic that exists in our lives, the sparkling brilliance that resides within us, and the interdependence of all things.

Ancient civilisations and early mariners looked at the heavenly bodies to navigate and chart their path across unexplored and undiscovered territories. Are we any less capable today to find our way through life when we harness the same knowledge and retain a similar affinity to the stars as our forebears did?

The next time you look up at the night sky take a few moments to reflect upon this fact, and you may just make a connection with the starlight that resides within you.

Take away thought – How liberated do you feel, when you picture yourself as a brilliant star whose very nature is to shine and dispel the darkness?

“There is fire and starlight in your veins.”― Erin Forbes 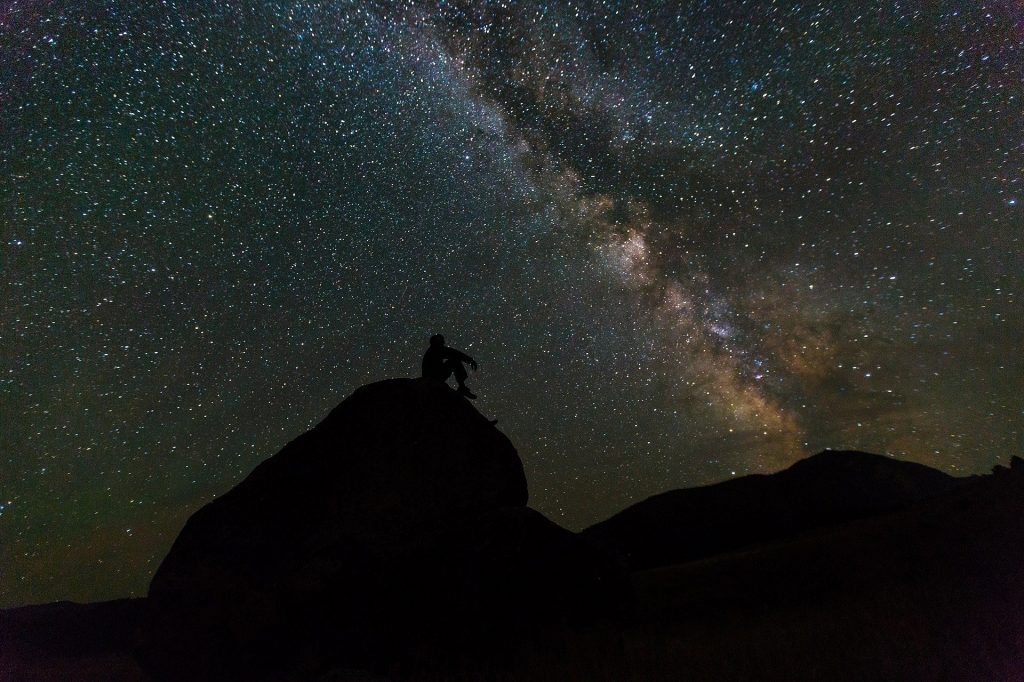