Where Peacocks dance…..Shankerpura, Udipi district, Karnataka. My Home town and around

My home is also close to the well-known landmark, Kapu Beach, best known for the light house.

I usually go for my early morning runs (a distance of 8.5 Kms from the inroads) to the beach and to enjoy the early morning vistas. I usually sit at the base of the light house and the peace and tranquility that I enjoy (thanks to the subdued and almost non existent commercialization of this beach front) goes beyond words.

Kapu in a nutshell : 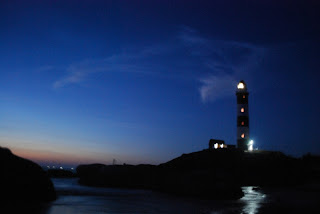 Kaup, pronounced as Kapu in the local Tulu language, is a village or a small town in Udupi district of Karnataka, India. It lies on the way between Udupi and Mangalore beside National highway 66 (previously NH-17). A road from Kaup goes to interior places like Manchakal, Shirva. It is 13 km south of Udupi ( a town famous for its ancient Krishna Temple) and 40 km north of Mangalore ( a port). It is famous for its lighthouse and the three Mariamma temples and a fort built by Tippu Sultan.

There is a beach on the shore of the Arabian Sea and a lighthouse.

The Kapu light house was built in 1901 and has for these many years stood on the rocks guiding thousands of sailors and warning the presence of dangerous rocks.It stands 27.12 m above the base.The lighthouse is open for visitors between 4PM to 6PM and the panoramic view offered from the top of the light house is truly magnificent.